My friend Caroline is scared of velvet. No, really, I’m serious, she has a phobia. Even saying the word ‘velvet’ makes her start hyperventilating and clutching at her neck. It’s hilarious, obviously, but it honestly upsets her, so I’ve never even entertained the idea of wearing the velvet shorts and blazers that have been around the last year or two. 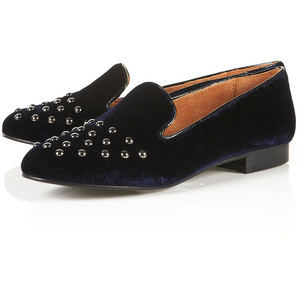 However, since we live in different countries now, I think I could get away with these Klaude Stud slippers from Topshop. (Caroline is going to FREAK OUT if she reads this. Very Scottish accent: “I’m not going to come and see you in New York if you get them Gemma!” Yes you are Caroline. Come for New Year’s Eve. Screw Hogmanay.)

I am dying to get this eyeshadow palette from NARS. No, I don’t need it. That is not the point. (That is NEVER the point.) 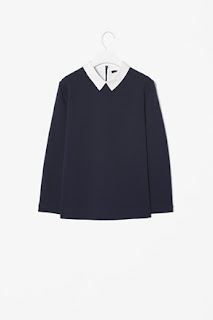 I love COS. It’s H&M’s big sister, but where H&M is increasingly hookertastic, COS is increasingly awesome, and everything that it stocks is just my style. Lovelovelove. Anyway, they are not in NYC. I do not know why the hell they are not in NYC, it’s goddamn ridiculous, but they are not. They are, however, all over Europe and even in Hong Kong. So if I REALLY love something I get it delivered to my mother in HK or girlfriends in London and Dublin. (Clothes addiction combined with a touch of OCD makes you ingenious at this sort of thing. I could source anything from anywhere. If this was 1942 I would be the goddamn black market queen.) And this is the perfect example of Cos perfection.

I’ve never worn Uggs-style boots. I think they’re, hmm, how can I put this... fucking revolting.  (And this made me laugh so much , in case you missed it.) But I can’t decide if it would be acceptable to wear these boots from Mou, JUST INSIDE, I promise, because I get really cold feet in winter, and it would be easier than keeping track of dozens of thermal socks. Thermal socks are also the size of soccer balls when they’re folded, which takes up too much room in the drawer, which really gets on my tits. They’re wayyy more than I’d usually spend on, essentially, slippers, but when you consider that I’m a writer and at home 23hrs a day, they make more sense, right? And these are a teeny bit more chic than Uggs, aren’t they? 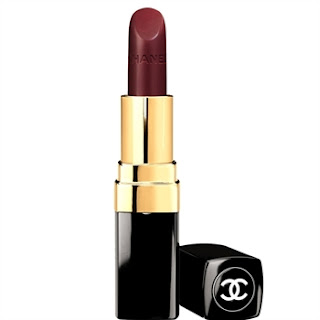 Confession: I already bought this lipstick.
It’s Chanel Culte, and it’s like no lipstick shade I’ve ever seen – sort of super-sophisticated purply/browny/rose, ultra-moisturising but matte. It makes your skin glowy and your eyes clear and boosts your brain power by 12.5 per cent. It reminds me of Linda Evangelista in the 90s, and early Bobbi Brown and Kevyn Aucoin features in Allure magazine, and everything that made me love make-up. Oh, and it’s just the perfect shade for the autumn / fall / whatever you want to call it. I’m wearing it to a wedding in Ireland in a couple of weeks. Will report back on how it performs. (Oh, of course I won’t, who am I kidding, that is a big fat lie. This isn’t a beauty blog and you don’t care that much, do you? But I will be wearing it. That much is true.) 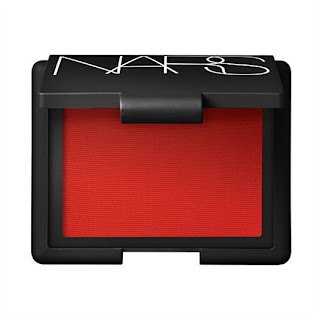 NARS Exhibit A blush. BEAR WITH ME. I know. I know. It looks like a Kabuki drag queen’s idea of Sunday best. And it is the most pigmented blush in the history of blushes. But this is what you must do: take a big blush brush, a teeeeeeny tiny swish (one, no more than one) of it, then swirl the brush on the back of your hand (to get rid of excess) and then splodge it – GENTLY! – on your cheek. Once. Only once. Voila: Snow White cheeks. I have (dramatic and incredibly superficial statement incoming) never seen anything like it. Best blush ever. 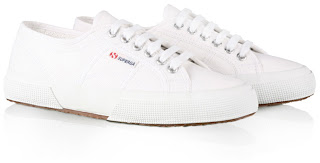 And lastly. After decades of Converse dedication, I growned-up myself to Superga this summer. I was pronouncing it SOOO-per-gah. Then yesterday my super-stylish friend Amy, who works in fashion, told me that her young, cool colleagues told her it’s pronounced ‘Sah-pur-GAAH’. I laughed my ass off. Can anyone confirm if this is true?