I keep being asked about this, and yes. Almost every single thing in my books is made up. The characters, the storylines, the events. The emotions and reactions are based on things I’ve felt, obviously – I’ve been cheated on, and fought with people, and worked with cockmonkeys, and fallen in love, and broken up with people, and had shit dates, and all the rest of it. But the events are made up.

Well, except one or two.

On... interviews, reviews and thank yous

Dearest everyone. Thank you so much for your support since dear ol' AGLY came out two weeks ago.

In case you missed it, A GIRL LIKE YOU was featured in The Sun newspaper and Heat and Closer magazines last week. (Everyone please throw a mental high five to the uhmazing Charlotte Allen at HarperCollins, that is all thanks to her.) I tried to post a link to the reviews, but I've only got the PDF and, um, I can't figure out how to do it.

I also did an interview with Lindsey Canant at luxury magazine Pink Memo, another one with my friend, the star author and blogstar Talli Roland and one with lovely Melissa at Chicklit Central.

Thank you also to all the wonderful sites and friends who have written reviews of A GIRL LIKE YOU - Chloe and Leah at Chicklit Reviews, One More Page, Dot Scribbles, High Heels and Book Deals and Ruth at Between The Pages.

(If you wrote a review and I misesed you out, I'm sorry! I had them all saved and pfft they disappeared. Like magic. Please email me gemma@gemmaburgess.com and I'll amend that, stat - and by the way, Novelious and Chicklit Central reviews are, I think, coming soon, so check back for the links...)

And lastly, thank you so much to everyone who has posted a review on Amazon. I dont know about you, but I always read the reviews before buying the book, and sometimes buy a book I've never heard of on the reviews alone - so I think it really makes a difference, and I truly appreciate it.

Everytime someone says they loved A GIRL LIKE YOU, I glow and twinkle inside. It's the nicest feeling ever. x

As you might know, last year I made a trailer for my first book, THE DATING DETOX, with a cast of friends and a budget of pretty close to nil.

It's had almost 25,000 hits. Not bad, considering I employed the old 'If you build it, they will come' approach to marketing it. (Did I mentioned the budget was nil?)

Got a moment? Check it out. It's a tiny scene from the film, dramatised within an inch of its sassy little life. I'm in it. I'm the chick on the phone crying. I know, I know, it's a breathtaking performance. Why write when you can act like that, huh? 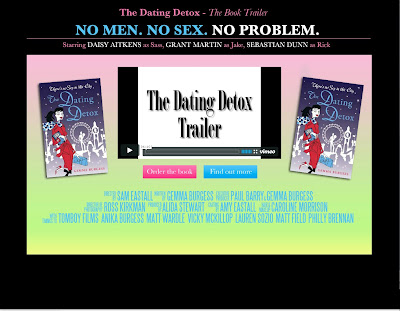 Well, I have some news. (Clears throat.) I’m writing a new book series for St Martins Press in NYC.

On... a new newsletter

I send out a newsletter every now and again, just to say hi to people who've emailed me in the past year. And this is the one I sent out today. Want to get the next one? Just email gemma@gemmaburgess.com with 'Email Me' in the subject line.

I watched Easy A last night. Apart from being hilarious and smart, it had a kicking soundtrack of 80s songs, and footage from my favourite EVER film, Sixteen Candles.

Dang, I love that movie. 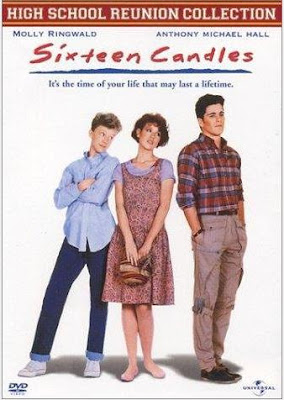 I love all John Hughes films, but Sixteen Candles is perfection. I mean, duh: I named the hero of The Dating Detox after Jake Ryan. 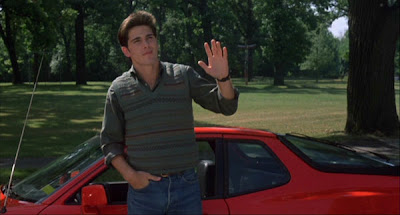 I own Sixteen Candles in both DVD and VHS, even though I haven’t owned a VHS machine since 2002. I also have the CD soundtrack, though – and this is a key anorak moment - I couldn’t actually track it down so I put it together myself, in 2004, and made a proper cover to go with it. I use lines from the film in everyday life, as though everyone would know them. Like ‘no, he’s not retarded’ and ‘I loathe the bus’. Sure, most people probably think I am un peu strange, but just saying whatever you think is funny is like throwing an in-joke at the universe and waiting to see what it throws back. Once I was in a work meeting, and someone said ‘I’ve got déjà vu’ and I said ‘Have we not met before, monsieur?’ under my breath, and the guy across from me shouted ‘TOP SECRET! ARHHHH! BEST FILM EVER!’ He was so excited, I thought he might cry. Anyway. I digress.

I wonder if perhaps my books have an eerie amount in common with Sixteen Candles. There’s no real bad guy and the plot relies on a lot of silly dialogue and coincidence. There tends to be a crazy party or two and there’s some lying-in-bed-pining scenes. Hmm.

I even edited – probably about edit six, aka the 'sprinkles on the icing' edit - both the last scenes to my books listening to the last scene song from Sixteen Candles, which is the best last-scene song, ever, ever ever. I figure if that song works when the hero and heroine are finally getting their shit together, I’m hitting the right tone.

Let’s do a test: read the last few pages of either book while listening to this, and see if you think it works.

Hmm. Now I'm really in a John Hughes mood. So here, in no particular order, are some of my favourite songs from the John Hughes milieu.

Some Kind Of Wonderful. Eric Stoltz, you delicious man. Contains the immortal line ‘you mess with the bull, you get the horns’, which is appropriate in just about any situation where you don't know what else to say. And has the sexiest kiss in any John Hughes film, between Mary Stuart Masterson and Eric. When he kneads her denim bermuda shorts with his grease-stained fingers! Argh! I knew what moment to forward the video to in order to watch that scene. I was that kind of 13-year-old. (Okay 23-year-old, whatever.) Anyway, it's She Loves Me by Stephen Duffy.

I don't know why that clip has subtitles. Sorry. I can't find another decent one.

Pretty In Pink. If You Leave by OMD. Again, a last scene song. Again, perfection.

How adorable is Duckie?! And now he's in the worst TV show ever. With Charlie Sheen. Ew. I hope he uses a lot of hand sanitizer after a day on set.

Sixteen Candles, again. The Divynyls. Ring Me Up. When she ALMOST speaks to him in the gym locker room after the dance! And he opens his mouth to speak to her, but she turns away! The horror! The pining! Argh. Great for when you’re marching to the tube (bus/tram/subway/MTR/metro/free bike/public transport of choice) and in a ballsy mood. One of my all-time favourite songs.

Uncle Buck: the unappreciated fat kid in the John Hughes family. “Is it the hat? This hat angers a lot of people.” Tweedle Dee by LaVern Baker. It also, by the way, has Young MC’s Bust A Move during a teen party (which is a strange, dark, late-80s teen party, rather than one of the crazy pastel mid-80s teen parties of Sixteen Candles, Pretty In Pink, etc). Bust A Move is one of those songs that I learned every word to by pausing the tape and writing them down in about 1990. (Geek alert.)

I can't find a decent clip of either of those songs in Uncle Buck, so instead I give you the song Wild Thing by Tone Loc (which is an AWESOME song that I play at every party I go to, sometimes even if they ask me not to) and the scene where he goes bananas at the principal. It's so awesome, I dare you to watch it without grinning...

Ferris Buellers Day Off. Danke Shoen by Wayne Newton. Now, another anecdote about me, because - hey! that's the beauty of a blog, sugarnuts - I wanted to find this song so much in 1997, when I was at university, that I wrote down the name of the song and entertainer from the credits at the end of the video, then went to several music shops till I found one that would order a Wayne Newton Best Of CD for me. God, life was harder before the internet.

I won’t go through all the John Hughes movies: these are just a few highlights. And I’d like to widen the post to include the best songs from other great 80s favourites, including St Elmo’s Fire, which I watched aboout a 150 times one university holidays, and Mannequin and Overboard, but we’d be here all day.

This is off-topic, but this John Hughes mashup goes so perfectly with Phoenix’s song that it has to be shared. Enjoy.